There’s nothing I love more than last minute concerts and spontaneity. So what could be better than mixing the two by going to see All Time Low when they came to town for their Future Hearts Tour in St. Paul at The Myth? Not to mention that the concert was during the beginning of finals week for pseo college classes and I was already busy and a bit stressed… but hey, a concert? I couldn’t pass it up and it seemed like the perfect stress reliever so I was up for an adventure. Plus summer was practically in reach and I was ready to get a head start on the fun. So my cousins, sister, and I decided, why not? 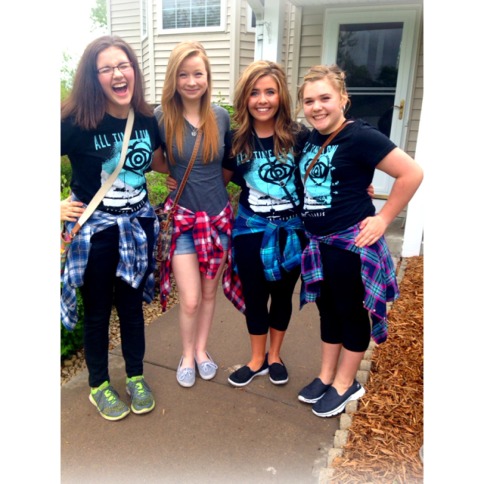 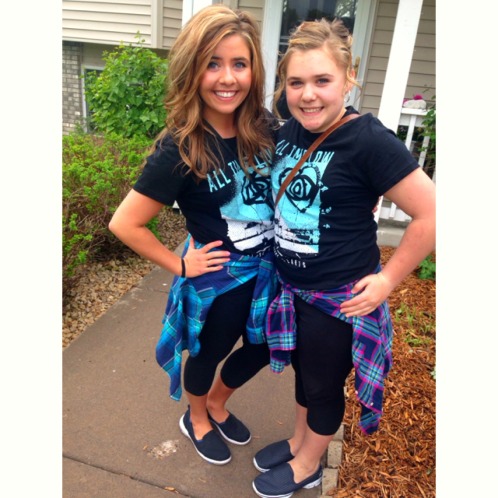 Was it the smartest decision to hit a concert during finals week? Maybe not. But my grades didn’t suffer, although my sleep schedule might have. However, it was an amazing night and if I had the chance to do it over again I would in a heart beat.

Anyone who knows me knows I love seeing bands perform in concert, especially for the first time. All Time Low played at The Myth in St. Paul and it was a venue I had never been to, which was fun and exciting to check out. It was the perfect concert venue for the occasion and I have come to realize I much prefer general admission concerts in small venues over large arenas with assigned seats. 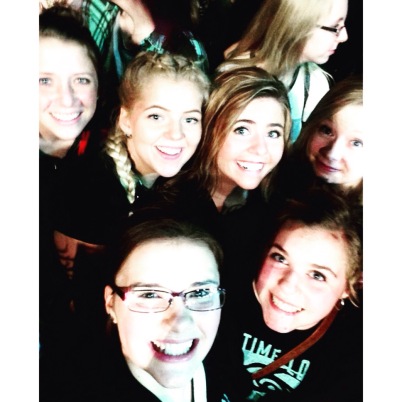 I was so excited to meet up with my future college roomie, Josie, and her friend. It was awesome to hangout with her and  I can’t wait to experience more adventures and concerts with her throughout college! 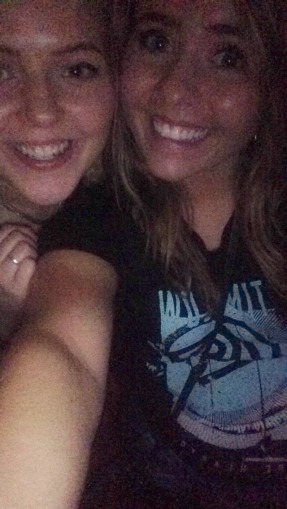 The State Champs was one of the opening acts for ATL and I was pretty excited to see them as well. They are touring this summer with one of my favorite bands so I was looking forward to seeing them before they hit the road with 5 Seconds of Summer. I also got to meet the lead singer, Derek, after the show, which was awesome and he was so nice. 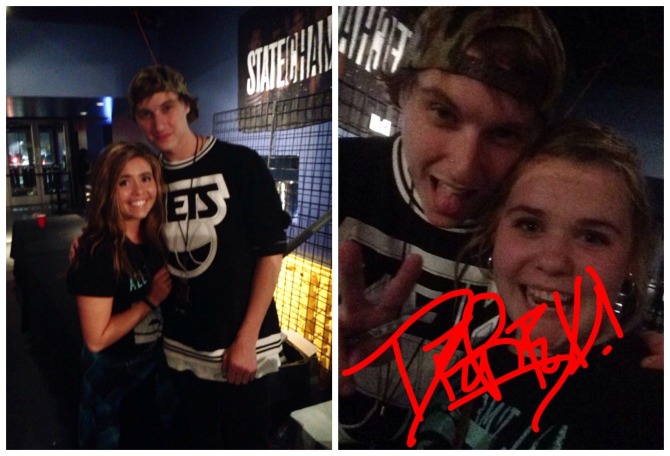 My sister also got a selfie with Derek and was so smart to have him sign the photo. Not going to lie, I’m jealous:-). Although he did sign my phone case, which was cool.

The whole stage set up for All Time Low was awesome. From the endless amounts of confetti to the crazy fun lights, it was an incredible night. People crowd-surfed, mosh pitted, and sang along at the top of their lungs to all their favorite songs. Definitely my kind of party. 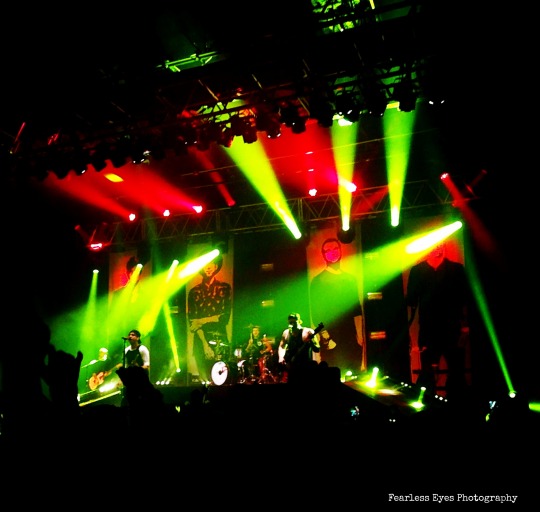 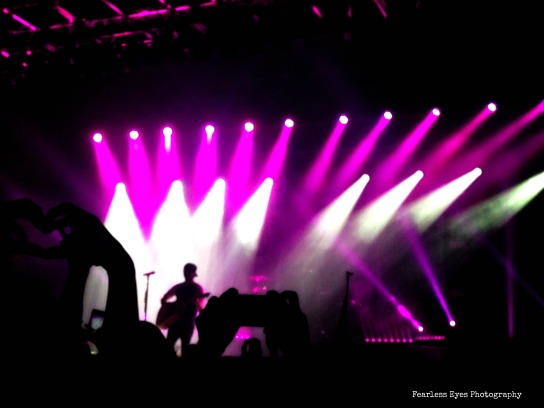 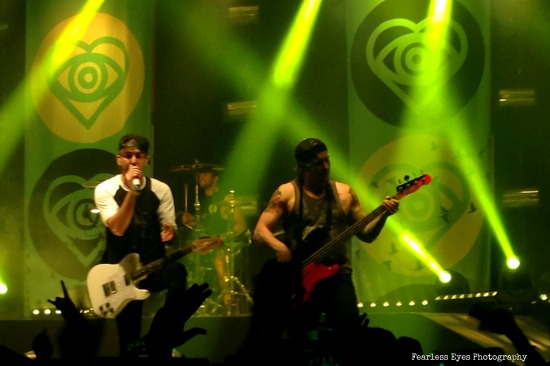 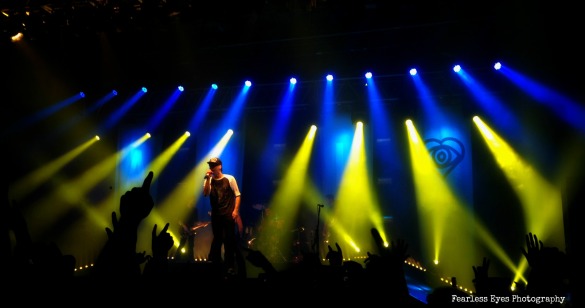 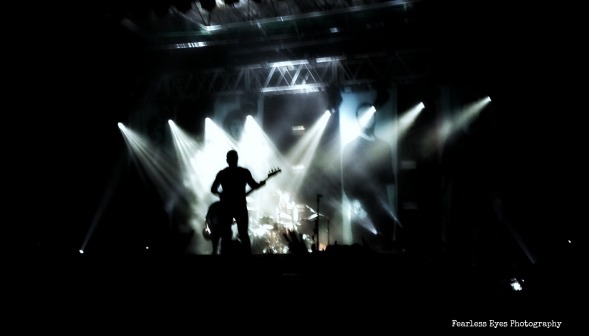 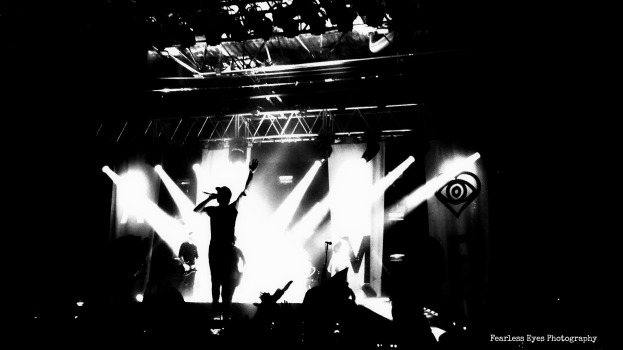 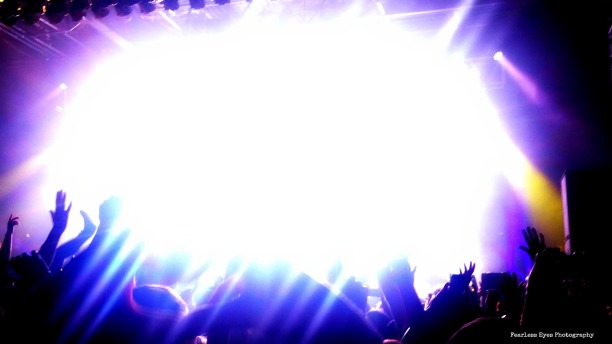 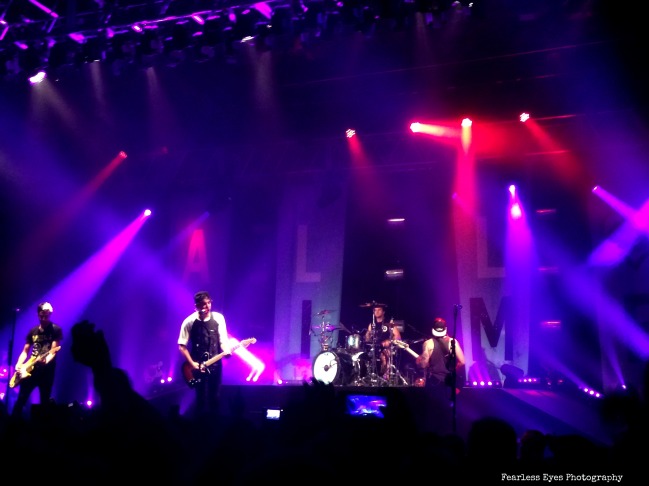 The Future Hearts Tour was so great and I’m so glad we decided to go. All Time Low puts on one heck of a show. 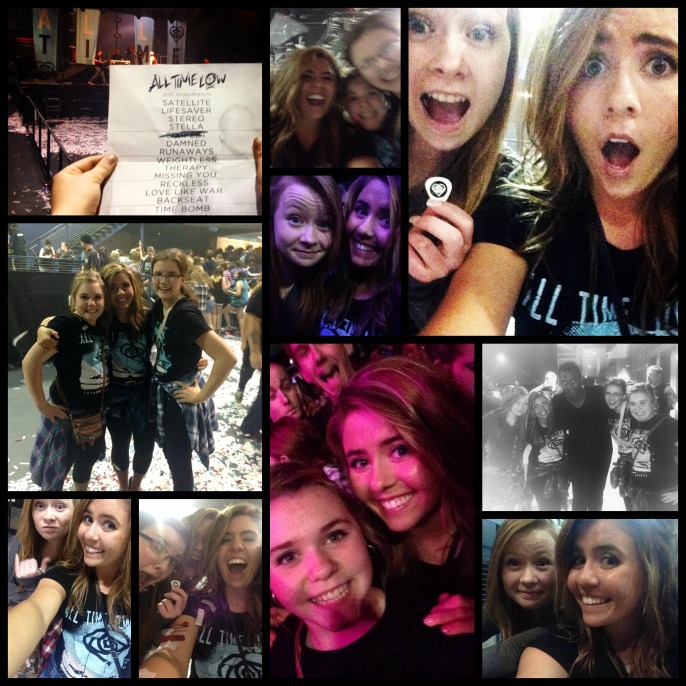 It was so fun to see my Uncle Zay at the concert too. He’s in a band and has a friend who works for ATL so he got to go backstage and hangout with them. He was also able to bring us the setlist from the show.  My cousin Becca was also lucky enough to get one of the guitar picks that Alex Gaskarth had used on stage from someone who was part of the stage clean up crew. As you can tell from the pictures above, we were totally freaking out.

I love hanging out with my cousins and fangirling with them. Music has brought us all so much closer and has created a fun bond for us all. My cousins and I have officially kicked off our summer concert series and I can’t wait for the all the future concert adventures with them. All Time Low was amazing and I loved spontaneously deciding to go see them perform. It was a fun night out and so worth it. Here’s to an awesome summer! 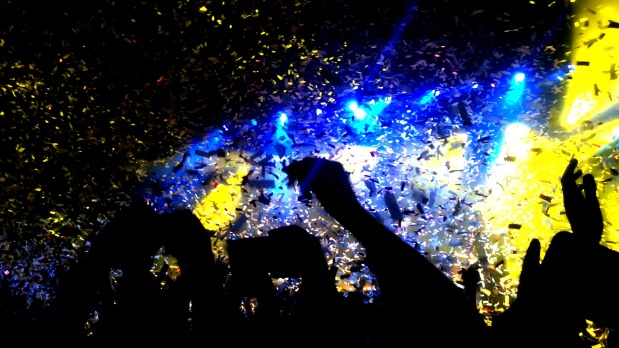